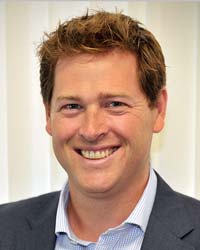 Mr Dodd is a private and NHS Consultant based at Swansea Bay University hospitals in Morriston and Neath Port Talbot. He works privately at The Nuffield Vale Hospital in Cardiff and Sancta Maria Hospital in Swansea. He is an orthopaedic surgeon specialising in hip and knee conditions.

Mr Dodd is a member of the Faculty of Sports and Exercise Medicine (FSEM) and completed the Diploma in 2005, winning the Donald McCleod medal for first in year.

In 2011/2012 his Fellowships were at the University of Toronto, Canada, exclusively specialising in lower limb arthroplasty and soft tissue knee surgery. On completion of this training he returned to Imperial College NHS Trust, at the Level 1 Trauma Centre, for a six month Trauma Fellowship to round off his training in all areas of specialist interest.

He has set up and runs the South West Wales Young Adult Hip service and takes tertiary referrals from West Wales for these patients.

Mr Dodd was appointed to his full-time post as Consultant Orthopaedic and Trauma Surgeon at Morriston Hospital in October 2012, and has NHS OutPatient Clinics in Morriston Hospital, together with operating at Morriston and Neath Port Talbot Hospitals. He has been the clinical lead for Hip fracture management since 2013.

He found his time in Canada a life-changing experience, combining university and city life with the rugged outdoors, which underpinned some of the reasons for he and his family moving back from London to the South Wales area, to enjoy a better pace and quality of life. Mr Dodd enjoys skiing and sailing. Sadly he hung up his rugby boots a number of years ago but is now actively involved in coaching at Swansea Uplands Rugby club.

Mr. Dodd is fee assured with all major health insurers. 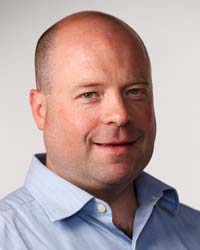 Mr Mullins undertook his general medical and surgical training at Cambridge University and St. Mary’s Hospital London. He then became a specialist orthopaedic trainee on the London circuit including positions at The Royal London Hospital, St. Bartholomew’s Hospital and the Royal National Orthopaedic Hospital.

Having completed the higher intercollegiate examination in Orthopaedics and trauma at the first attempt, he spent a year’s specialist fellowship in lower limb surgery with the world renowned Professor Judet in Paris. He returned to his native Swansea as a Consultant Orthopaedic Surgeon in 2006.

He has been extensively involved in pioneering the use of the “OPS” system in UK, a laser technique to customise hip joint orientation in order to reduce dislocation and improve post-operative function.